About Dimitri’s On The Water

Demetrios Salivaras, Restaurateur, Executive Chef
Find out all about how Dimitri’s on the Water Greek Restaurant Tarpon Springs was founded. The son of Greek immigrants and “born in a bath tub” in Euclid, OH, Demetrios Salivaras, entered life in the Greek culture of restaurants, food and service. The oldest child of Andreas Salivaras and his wife, Renee, Demetrios, has always been involved in the restaurant business, even admitting to dressing in a mini-server uniform while following his father around restaurants as soon as he could walk.

His father moved from Greece to Cleveland, OH in 1971, and opened “The Parthenon Restaurant.” From there, his family migrated to Greektown (in Chicago, IL) They worked for a man named Petros, “a little man with a big cigar,” Demetrios still chuckles at “Diana’s Opaa,” a Greek restaurant on Halsted Street no longer in existence. Eventually, the family transferred their Greek tradition of excellence in dining to Florida. 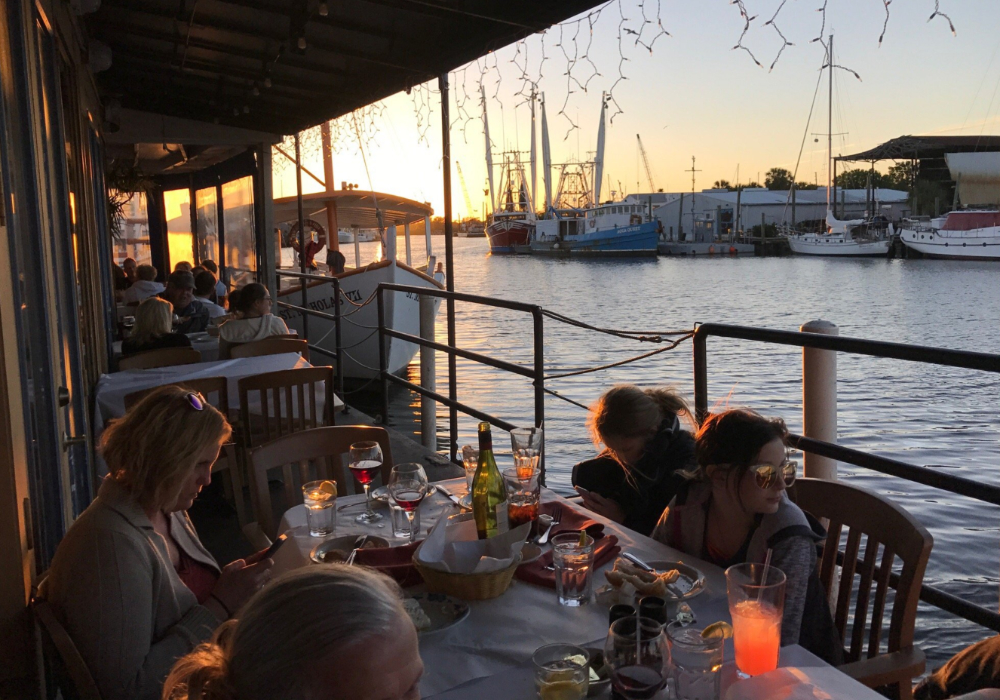 Our Promise to You

My Dad taught me to work hard. Mom taught me to work smart. They both taught me about what it takes to make a dollar and offer value to my customers. I take care to implement my parent’s traditions of flavorful food served in a fabulous ambience and cherish the joy of this journey!

My New Greek menu is the culmination of classic Greek Seafood Steakhouse Tarpon Springs favorites, coupled with All-American selections to satisfy practically any palate. Our entire repertoire is comprised of homemade renditions of Yia Yia’s (aka Grandma’s), family favorites! Only the love of food can lead you here to us! 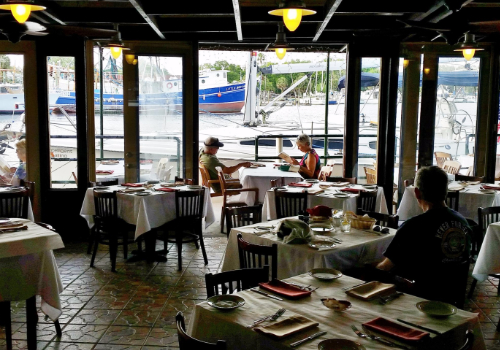 After arriving in Tarpon Springs in 1986, the Salivaras family opened “Mykonos”, on the World Famous Tarpon Springs Sponge Docks. Demetrios never deviated from his father’s passion for serving people amazing Greek cuisine. Demetrios chose to attend the Culinary Institute of America in Hyde Park, NY, where he graduated in 2006, and since has earned his place among highly acclaimed, certified Executive Chefs in Central Florida. His culinary expertise led him to venture out on his own and capture his place in a lucrative restaurant industry in Orlando, Florida. Demetrios version of “Mykonos” was ranked on Zagat’s “Top 40 Restaurants in the Country,” for 18-months consecutively. Scott Joseph, Food Critic with the Orlando Sentinel awarded “Mykonos” the “Foodie Award” in 2000 as “Best Greek” and “Best in Dining,” two very prestigious honors.

Dimitri’s fascinating life as a Chef was enhanced when he was an intern in Hawaii. Following his internship, he moved to California to learn how to harvest and cultivate grapes for the “crushing season” of the West Coast Wine industry in 2005. It was there he learned the process of winemaking and obtained an extensive education of wine and food pairings.

Unfortunately, his mother, Renee, a hard-working, frugal, business lady, was nearing the end of a six-year battle with breast cancer when Demetrios returned to his roots of having a Greek Restaurant Tarpon Springs. She encouraged him to purchase an available property across from “Mykonos”, and make it his own. “The joy is in the journey,” she would often tell him.

Demetrios followed his mother’s advice and purchased the establishment across from his family’s Greek Restaurant Tarpon Springs on January 6, 2010, and aptly named it “Dimitri’s on the Water.” Its beautiful location along the south edge of the Anclote River in the middle of the Sponge Docks provides a picturesque backdrop for ambient waterfront dining. On January 18th, less than two weeks after Demetrios began his new joy and journey, Renee succumbed to the devastating disease she had fought for so long. His sister Sophia and Carla continued to assist her father with daily operations at “Mykonos”, while Carla stepped into her mother’s shoes to handle the business responsibilities.

Now as a young restaurateur, Demetrios reflects upon his upbringing: “Dad taught me to work hard. Mom taught me to work smart. They both taught me about what it takes to make a dollar, and offer value to his customers.” Demetrios understands his life lessons, implements his parent’s philosophies, respects his family’s traditions of flavorful food served in a fabulous ambience as he cherishes the joy of his journey! 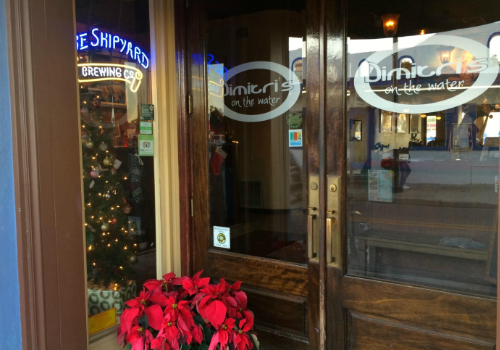